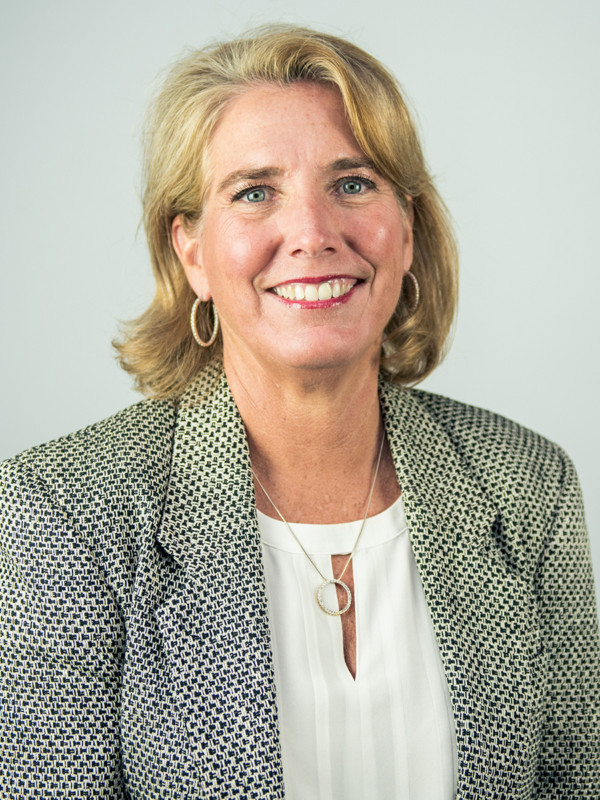 The Carolyn Helman Lichtenberg Crest Award is presented annually to distinguished alumnae of Pi Beta Phi who exhibit excellence and outstanding leadership in their career or volunteer service to their communities. The award is named for past Pi Beta Phi President Carolyn Helman Lichtenberg, who was instrumental in forming Pi Beta Phi Foundation during her term from 1985 to 1991. Essential Fraternity initiatives, like leadership development programs and literacy, are supported through the stewardship of the Foundation.

Mary entered the financial services industry in the early 1980s during a time when few women held management or frontline roles. A traditionally male-dominated industry, a woman’s prospects for a higher-level position were, and continue to remain, significantly lower. Mary first served as a Consumer Lending Officer quickly rising to the position of Assistant Vice President and then Vice President of Commercial Lending.

She currently serves as Executive Vice President, Director of Private Banking for the National Bank of Arizona. In this role, she is responsible for new client acquisition, strengthening current client acquisitions and developing a team of highly-skilled bankers who deal with high net worth individuals and their families.

In each of her management roles, Mary has encouraged and developed her teams to achieve personal and professional goals. In one position she held, Mary was responsible for the opening of a new banking location and drove loan growth there to $8.5 million in only eight months. In her current role, her team was able to meet their annual sales goal by May, seven months ahead of deadline.

Mary is involved in several groups that contribute to the growth and development of women. She serves as a mentor with the National Bank of Arizona helping to lead and guide women within the organization. She also serves as President of the National Bank of Arizona’s Women’s Financial Group, which provides women a resource for help with financial planning, business services, networking opportunities and peer-to-peer mentoring.

Mary was recently recognized by American Banker Magazine in its 2017 “Most Powerful Women in Banking” issue. The inclusion honored Mary’s commitment to initiatives helping more women advance in the senior ranks.

“I am very appreciative to receive this award and to be acknowledged for my professional achievements,” Mary said. “This award honors my ability to lead teams to success and assist individuals as they grow personally and professionally to accomplish their goals.”