The University of Arizona held it’s annual Greek Life Order of Omega Awards Banquet on February 18th. Arizona Alpha chapter was awarded for Standards of Excellence with a 104% completion of all University standards. We also were awarded highest new member GPA for the fall of 2019 with a 3.54 average. Overall chapter GPA was 3.48, 2nd All Greek Rank, 0.01 behind 1st.

Kathi Kleinman ‘81 (AAC) was inducted into the Order of Omega Greek Alumni Hall of Fame. 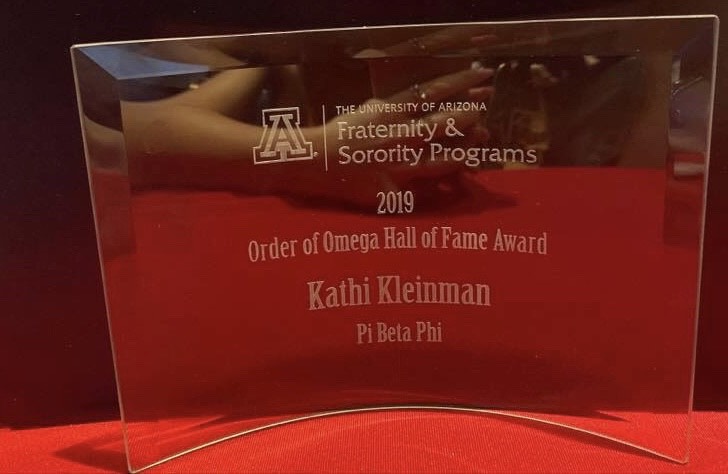